The stages that a tester goes through during the STLC are:

Gathering the requirements/scope of testing:

The requirement gathering usually begins with a brainstorming session where the different stakeholders, the development team, and the testing team identify the scope of testing and whether to see if it is possible to formulate a testing plan for the features.

Followed by identifying the requirements, depending upon the organizational structure, either the development Team directly assigns the testing tickets to the testers or a test lead who is a tester themselves takes care of assigning the testers based on the requirements.

Based on the test conditions acquired from test analysis and the metrics defined in the test design, we could

Manual testing is generally dreaded where the tester simulates the end-user environment and tries to identify any bugs. This whole process is tiresome and subject to human error, which is a quality nightmare. Testing could be automated by testers using software tools to ensure quality is met, improving the test accuracy greatly and saving the organization time and Money. To know about the top 5 test automation tools that could Make a testers life easier: SAP Testing Tools

Running out of horsepower? The larger the data to be tested, the greater the CPU power required. Therefore, ensure you plan ahead of testing to ensure you have the CPU Power required for simulating and testing your system.

Lack of proper documentation of functionality results in insufficient test coverage giving rise to improper testing. This causes the entire testing to be once again replanned from the start bringing in subject matter experts and starting with the discovery phase once again.

Automated testing is superior to manual testing in almost every way, helping you save time and increase productivity, significantly reducing your software development cycle and having faster releases to market.

How can KTern’s Digital Labs help automate your SAP testing:

As an SAP DXaaS (Digital Transformation as a Service) Automation Platform, KTern.AI Digital Labs can help companies adopt autonomous testing with minimal configurations and reduce up to 80% of the overall testing effort.

Did you find this content helpful? If yes and you are planning for SAP S/4HANA Transformation reach out to us and get started with KTern.AI 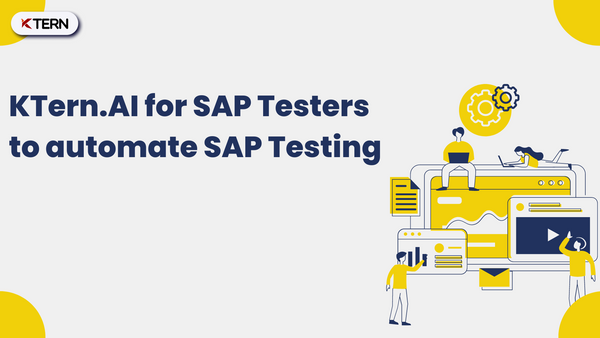 KTern.AI for an SAP Tester to automate SAP Testing 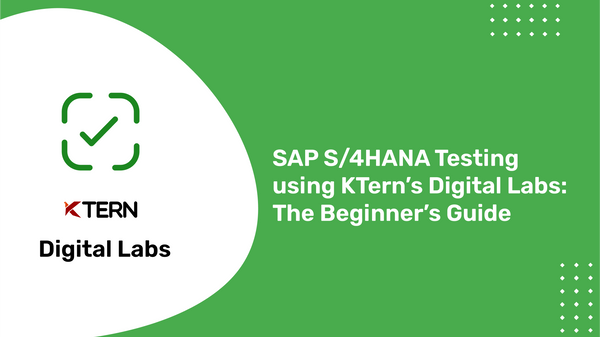